Catholic Action for Street children (CAS) is a local Non Governmental Organization (N.G.O.) established in 1992 to provide support to children living on the street of Accra, Ashaiman and Tema Metropolis.
The mandate was to find out who street children are, where they come from and what could be done to help them. The short term goal is to help street children by returning their dignity to develop into respectful citizens of the society. The long term goal is to educate the children in such a way that they can find suitable employment to build up their future lives.
CAS consists of five (5) departments: The House of Refuge, Demonstration, Short and long Sponsorship, Hopeland. CAS also carries out fieldwork in the various social welfare districts of Greater Accra. Street children are made to go through all the programs and activities organized by each department as part of their preparation to leave the street. However, CAS has conducted a lot of research into the background of street children and majority shows that the problem of street children is a very complex one and cannot be solved overnight. CAS' main goal is to make children functional literates.
After many years of working, CAS has decided to continue to improve programs and activities that target the need and interest of street children in Ghana. In particular the fieldwork program which includes street corner education. By so doing many street children can be reached.

HOW CAS DEFINES STREET CHILDREN
CAS' definition of street children:
Street Children are children who live on the street, without regular support from family or relatives, and who try to take care of themselves. Currently there are 35,000 street children living in Accra, Ghana's capital. (statistics from the DSW head-counting exercise 2009).
CAS' Definition of urban poor children:
Urban Poor Children are children who find themselves in an urban setting and have some kind of home to go to where there is support, but they spend some time on the street because they lack the basic necessities of life due to poverty.
CAS' Definition of second generation street children:
A second generation street child is a new trend of children, born onto the street to a young street girl. They know no other life but the street, and have no access to basic rights such as support, guidance, a home or an education. When a child is born onto the street, they are often very difficult to talk to or to attract their attention.

CAS has chosen to work with street children. These children, aged between 0 - 18, are children who mainly live and work on the streets during the day and sleep on the streets at night. Sleeping on the street means sleeping out in the open air, on a thin mat or a thin piece of cardboard. Children often sleep together in groups to protect each other.

The main reasons a child will come to the street is usually related to family breakdown or other related social problems. CAS conducted a study on these issues and published the findings in the "Exodus" report 1999. Some children left their home because of abuse or domestic disharmony. In general, they didn't feel wanted and support in the home. Sometimes their parent(s) sent them to Accra to help with the family income. Other reasons are: urbanization, parental neglect, peer pressure, lack of basic infrastructure in the rural areas and the belief that things in the city must be better and offer more opportunities to their home towns.

Many children were attracted to Accra as they heard promising stories from friends and peers. In reality, street life is much harder than most children expect. All the street children struggle to take care of themselves. Most of them do not beg. They try to make a living by doing all kinds of jobs. The boys often earn money by shining shoes, pushing trucks and gathering refuse and carrying it to the dumpsite. Some street children are 'hawkers' which means they try to sell their wares (often small items like chewing gum) by moving around, especially by chasing vehicles. The girls often sell water, oranges and bread. Some children sell plastic bags at the market. You can also find a vast number of girls who carry loads of goods in bowels on their heads. These girls are called the "kaya yee".

Most children that CAS field workers meet are normal children, who like to play, fight and just enjoy their childhood. Unfortunately, unavoidable circumstances brought them to the street, but they do still play together even when they are on the streets.

Some of the girls earn the money they need to survive through prostitution. Men from the city will pay for the services as well as the street boys. The street girl is among the most vulnerable on the streets, and street boys will offer them some form of protection in return for sex. Not to mention the personal effect this has on a girl, it also means that they are at a high risk of getting pregnant. The boy will then deny all knowledge and the girl is left to bring up the very young street child on their own. Street girls are also at a heightened risk of becoming infected with STD's and STI's.

Even though drug use is not permitted at the Refuge, CAS' workers are very aware that many of the street children are on drugs; the children mainly use Marijuana - harder drugs such as glue sniffing or petrol sniffing is rare among the children in Ghana. One of the reasons the children give for using drugs is to give them the strength to get through the hard work they do. It can also ease the physical pain caused by heavy laboring jobs. CAS workers counsel the children who have been involved in drugs and prostitution, and work with them to find them a different path in life.

Some children are involved in pick pocketing. These activities bring them into contact with the police. A number of the police believe that street children are nothing more than thieves, addicts and prostitutes, or at the very least trouble makers. They sometimes wrongly accuse street children of committing crimes. There are many people throughout Accra who agree with this view of street children. CAS therefore works to prevent this kind of stigmatization. Most of the street children are normal and nice children, with their own strengths and qualities. They just try hard to survive and make the best they can out of their situation. " 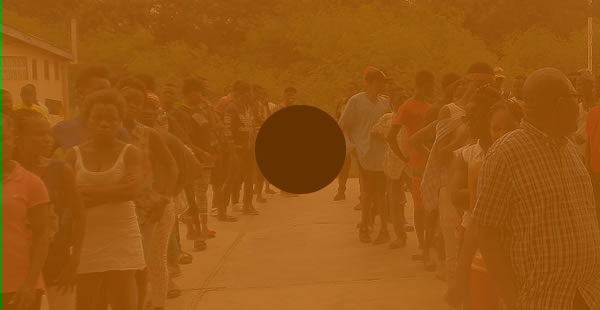 CAS is a Ghanaian Charity Organisation which Advises, Care and Educate Children from the street in Accra-Ghana.

Three different kind of children can be found on the streets:

we need your support

If we get the donations. We will to a raise a significant amount of money to help fufil our aims and objectives regarding the Children we care for